Help! My amygdale got hijacked aka I got triggered, overreacted or simply flipped out. Sorry, I guess people do not flip out in the business world, unless of course they do.

Have you ever been in a situation where you could not control yourself? For example: you were talking to a family member and while one part of your brain was saying “don’t say that”, you said exactly that, or the copier broke down at work and you heard yourself saying “&^*%$&$%$^” out-loud in front of the CEO. Guess what? You are not alone. I don’t know anyone who has not lost it at some point in their lives (either at home or at work or both). All of us human beings find ourselves from time to time negatively overreacting to situations. And actually if we were really honest we would admit that many of us get triggered or overreact several times a day. We get upset when the boss or the spouse looks at us wrong, the kids make a mess in the kitchen or our neighbor’s dog leaves a present on the front lawn. We worry about things that were said, were not said and when most of us are always waiting for the other shoe to drop. Rarely is our emotional reaction matching what is actually going on. We take everything personal, blow things out of proportion, etc. and … okay maybe I am blowing things out of proportion now. Now, I am not. Think about it, it is always about you…we take everything, everything personal. Why, for crying out-load, why do we do that? It is not very logical.

Much research has been done about human beings’ ability to overreact. The psychologists have looked at the emotions and their correlation to the past, the scientists have looked at the brain, we hear about overreactions and human drama in country-western songs, and we watch it over and over on the screen (the news as well as regular TV). About twenty years ago, Daniel Goleman brought this human phenomenon called “being emotional” into management development. Not sure if he borrowed the term from Darwin or American psychologist Wechsler, he called it Emotional Intelligence. According to Wikipedia, emotional intelligence describes “the ability, capacity, skill to identify, assess, and control the emotions of one’s self, of others, and of groups”.

It took me a long time to understand what emotional intelligence was all about but when I finally got it, I was really disappointed. Perhaps I am still missing something but wasn’t it obvious that people and managers were going to be better off if they could get a hold of their negative reactive pattern? Weren’t employees going to be more productive if they did not anger, scare or frustrate their colleagues with their hijacked emotions? I know that I am simplifying but, to me, the discussion about emotional intelligence was just a bunch of high powered managers giving themselves permission to be emotional at work and people finally acknowledging that human beings have a heart in addition to their brain. The truth of the matter is that we have dozens of amygdale hijacks happening every day. It is normal and part of our process. It is not always productive but how do we actually change our visceral responses that are triggered by the so-called Lizard brain?

To understand these visceral reactions better we have to first accept they are actually visceral in nature. Research about the brain has shown us that the brain controls everything inside our body. Every thought, feeling, movement and sensation is controlled by some part of the brain. But that’s not all. In addition, we now know that the human brain is nothing but a composite of memories patched together in mysterious ways. Memories are either associated with neutral, positive and negative emotions. For example, let’s say you are entering a building you have never entered before. In order to complete the entry successfully, your brain goes to its databank and patches together the previous experiences of entering into a building. If the previous experience was negative, it is very likely that this experience will be negative as well. If it was positive, it will most likely be positive. No baby was born being afraid of entering doors or heights. It is something that a person conditioned themselves to do or be (notice: conditioned). If all we have is our conditioned behavior, how do we recondition ourselves, and is change even possible?

Recondition and change is certainly possible. If it wasn’t, the world would not move forward. It may not always be easy but there are many examples of people, places and organizations that have reconditioned or changed themselves. So how do we do it – pay attention, this is a big secret – improve our emotional intelligence so that it fosters rapid and lasting change? I believe that the most effective emotional reconditioning happens when our neocortex, the part of our brain that produces academic smartness and analysis, is in alignment with the emotional (limbic) and the survival (lizard) part of our brain. In other words, not only is our will being supported by the part of our brain that checks to see if something is interfering with our survival, but our emotions are either supportive or, if not supportive, at least neutral. That’s it. All that is required to create change is to provide an internal (in this case neurological) environment that is supportive of it.

Sounds easy. Well it is not. Remember the last time you wanted to quit smoking or start an exercise program? Exactly. The intentions were great but the flesh was weak. It isn’t the flesh that is weak, it is the limbic and lizard brain that has conditioned you in such a way as to have you believe that this new behavior is threatening. I know it makes no sense, but then it makes no sense to smoke, be overweight and/or do anything that is not self-caring. To get the brain in alignment requires tools and technologies that allow us to assess it. In the olden days one of these tools was the lie detector. In modern days this can be done through biofeedback, muscle testing and perhaps a variety of other things. At Clear Intentions International we have developed Neuro Emotional Coaching™, a tool that combines executive coaching with this knowledge of the brain. Through muscle testing and the use of meridian points, we have developed the ability to not only detect such incongruities but we are able to pinpoint their origin and then neutralize their impact on the present moment. Let’s look at the example of Joe, a mid- level manager who struggles with his job. Joe came to me because he felt frustrated in his current position. He liked his boss but did not feel as if he was part of a team. In the first session, I asked Joe to make the following statement: “I am okay being in my current position”. His muscle test showed that he was not okay. Using the meridians we discovered that emotion (response from the limbic and/or lizard brain) was one of feeling bullied. Although he was not even consciously aware of it, he felt bullied by his manager. His manager was very willful and in some ways refused to bring his team together. It also turned out that Joe was bullying himself. His expectation was to be above things and not be affected by his boss and the new situation.

With just a simple muscle test I was able to link the current situation to a previous situation when Joe was 10 years old and he moved to another town and another school. Joe was pushed by his father to go alone and he felt bullied by him to perform well. Neuroscience tells us that Joe’s brain was producing the same biochemical reactions when he was 10 that he was producing now. In other words, one could say that Joe’s boss was evoking the same negative response in him as two decades ago. The pressure to perform today was the same pressure he felt at 10 when he was in a new school and, what made things even more difficult, was the fact that it was/is expressed covertly. To bring Joe’s brain back into alignment I asked him to engage with a self-directed, proprietary process that involves breathing, tapping of different parts of the spine as well the use of verbal statements. After about two minutes Joe was done, claiming that he felt complete. In order to complete the sequence we take a moment to muscle test all parts of the process: the situation described at age 10, the emotional reaction to it, as well as the current situation or statement Joe made at the beginning. Well, I am happy to report that all checked out positive. Within minutes of the session, Joe reported that his back was feeling better and that he was feeling more relaxed in general.

What will become of Joe and his boss? I don’t know but after having done hundreds of neuro emotional coaching sessions with people, I can give you hundreds of examples of clients who have actually changed their behaviors because they either stopped what was not working or they started to do the things they needed to in order to have what they wanted. And, in many situations they did both. The list is endless, but here are some examples: Peter got transferred to Europe because he was able to communicate with his boss clearly instead of being passive aggressive, a dream he had for 15 years; Susan stopped smoking and lost 40 lbs, something that seemed impossible before; Mary got promoted because she was able to deliver inspiring presentations and overcome her fear of public speaking; Tom was able to find the confidence to quit his job and not only run for office, but win his first public election.

Perhaps these examples sound like fairytales. I can only tell you that they are not. A recent study with seven senior level managers showed that after three months of NEC, participants experienced 45% increase in their ability to self manage. In addition, 31% of them were able to think more strategically and 35% of them communicated clearer with their colleagues and clients; all key behaviors adding to a company’s bottom line. If you are curious about neuro emotional coaching, please contact us. Clear Intentions International is in the business of making the world a better place for all. If you are happy or content, we have reached our goal. Is “happy on content” a commonly-understood expression…could be, and I can maybe imagine what it means, but look again. 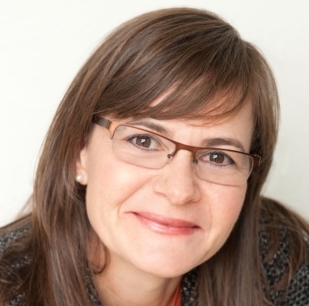 As a Leadership Coach, Personal Life Coach, and author of From Intuition to Entrepreneurship: a Woman’s Guide to Following Her Dream, Barbara has the insight to achieve quick and lasting success with a focus on bottom-line results. And, since success involves the entire person, Barbara has created Neuro Emotional Coaching®, a cutting edge 4-step process rooted in neuroscience that combines personal coaching with knowledge of the human brain and its impact on change and leadership.

Posted in Uncategorized
← Be a Loving LeaderAs an Executive, How Are You Managing, Evoking and Dealing with Change? →

Sign up for our FREE newsletter, Insights and Breakthroughs

Be a Loving Leader

I recently lost a very good friend to cancer. Her passing was not unexpected, yet the experience gave me an...